Some of the Essex Court Chambers Duxton members who also doubles up as their advocates will be discussed at length.

Liew is a former student of St Peter’s College, the University of Oxford where he studied BA (Jurisprudence) in 2009. He was ranked as the best in his academic cohort and received academic prizes. The advocate has been active in dispute resolution cases in High Court, State Court as well as the Court of Appeal. 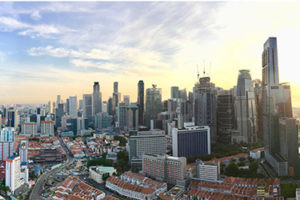 Before Colin became an advocate at Essex court chambers Duxton, he served in different capacities like Justice Law Clerk. Later, he became Supreme Court’s assistant Registrar. Currently, he serves as an active member of the Rules of Court Working party.

Toby is a BA (Laws) holder which was awarded to him in 1990. The following year he got a Bachelor of Civil Law degree with First Class Honors distinction. He was in practice at English Bar where he specialized in Commercial law, specifically international and commercial arbitration.

Landau has offered constant valuable advise related to public international law disputes. Key arbitrations that Landau has taken part in include Foresti versus South Africa, Turkcell versus Iran, KT Asia vs the Republic of Kazakhstan, Fondel vs. Azerbaijan, Vodafone versus India among others.

He currently serves as a member and advocates at Essex Court Chambers Duxton in areas such as Injunction interim relief, Conflict of laws and private international law, arbitration and related court applications, energy and natural resources, company insolvency law and shipping and admiralty.

Rajah was a former National University of Singapore student back in 1982.H also holds an LLM from the same university with First Class Honors distinction. His career began when he got admitted as Singapore’s Supreme Court advocate and solicitor. He first exercised his brilliant legal brains at Rajah and Tann as a Managing partner from 1987 until 2003.

Rajah also served as a Senior Counsel in the pioneer Batch of appointments after his appointment in 1997. Five years later, he became a proficient Judicial Commissioner of Singapore’s Supreme Court and a judge the same year. He later became a judge of appeal in 2007.

That’s not all, V K has also served one term as Singapore’s Attorney General but exited three years later. He is currently holding multiple positions such as an influential Essex Court Chamber Duxton member, an active member of Asian Business Law Institute and also a member of Singapore’s Central Bank.